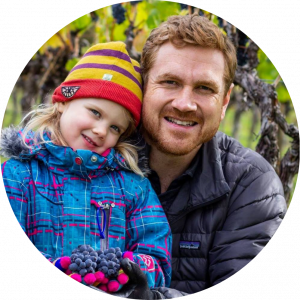 Nathan, who is Foxtrot’s President and General Manager, is responsible for the operations of Foxtrot. He is an entrepreneur with over a decade’s experience in the wine industry and a Calgary native whose first job was sorting cherries in Lake Country and who has spent many summers in the Okanagan since. He and Doug are, with others, partners in a wine brokerage business and a wine investment fund in New York. He has had the privilege to call many of New York’s three-star restaurant clients, and many of its most prolific wine drinkers friends. He currently resides in Lake Country with his wife, Stefanie, and their two children.

“I first became exposed to the concept of terroir on frequent trips to Burgundy, where winemakers spoke in deep caves about ancient traditions, and through the generosity of New York collectors (including Doug) and their unquenchable thirst for knowledge and for more wine. My goal is to bring the best of these disparate worlds together. I hope to make Foxtrot a leader in the discovery and development of the terroirs of the Naramata Bench.” 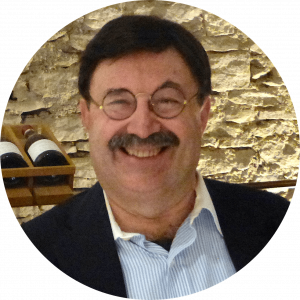 Doug is Foxtrot’s Executive Chairman, and he and Nathan together are responsible for the strategic direction of Foxtrot. A noted connoisseur and collector, he is the co-author, with Allen Meadows, of Burgundy Vintages-A History From 1845, which has been praised by leading Burgundian producers as “one of the half-dozen best books ever written on Burgundy” and as a “new bible” for the region. In writing Vintages, Doug has drawn on nearly a half-century of tasting older Burgundies. His knowledge of Burgundian history was also critical in helping to unmask one of the largest wine frauds ever, perpetrated by the notorious wine counterfeiter, Rudy Kurniawan, an experience he wrote about in a blog essay, The Rise and Fall of a Wine Counterfeiter.

After a successful career as an attorney in New York, Doug retired from the practice of law and followed his passion for wine into several new ventures, which he founded along with Nathan Todd. Doug also travels to Burgundy frequently to taste new vintages in barrels, and his vintage and wine evaluations are available at oldvinenotes.com. He chairs the US national wine committee for the leading Burgundy wine society, the Confrérie des Chevaliers du Tastevin. 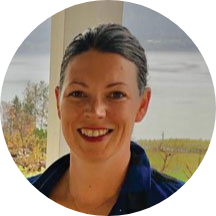 Andrea Barker, our Winemaker, joined the Foxtrot team in spring 2019. After graduating in 2011 from the University of Maryland, where she majored in soil science, Andrea gained broad experience as a vineyard and cellar assistant at wineries around the globe, including not only British Columbia, but also South Africa, New Zealand, Germany, as well as California, where she was assistant winemaker for a notable producer of pinot noir and chardonnay in the Santa Rita Hills. After the 2016 harvest, she returned to academia, obtaining a Master’s degree in Viticulture and Oenology from Brock University in Ontario in 2019. Reflecting on the breadth of her experiences in the wine world, Andrea has commented that, “making wine in many different regions has given me a deeper appreciation for the potential we have at Foxtrot to produce pinot noirs and chardonnays that combine terroir character with exceptional finesse. My aim is to make wines that fully express this region’s unique attributes.” 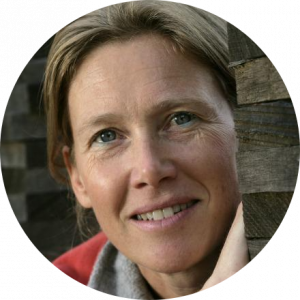 Véronique Drouhin consults with the winery on all aspects of viticulture and winemaking. Véronique is uniquely qualified to assist, having made wine (pinot noir and chardonnay) both in Burgundy and the New World (Oregon) for many years. She is the Head Winemaker at Maison Joseph Drouhin in Burgundy, where she supervises the vinification of the wines, and at Domaine Drouhin in Oregon. Véronique received her National Diploma of Enology from the University of Dijon and obtained an advanced degree (Diplôme Supérieur de Recherche) for her work on the pinot noir varietal. She began working at Maison Drouhin in 1976 and at Domaine Drouhin in 1988. 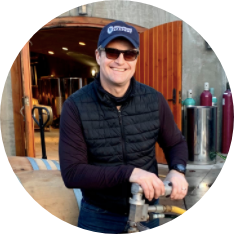 Grant Chisholm, formerly an accountant, business owner, and tradesman from South Africa, is our jack-of-all-trades, lending his plentiful skill set to Foxtrot Vineyards as the newly appointed Vineyard Manager and Cellar Master. Grant works in tandem with Andrea to ensure a healthy and bountiful vintage from our ~15 acres of holdings in Naramata.